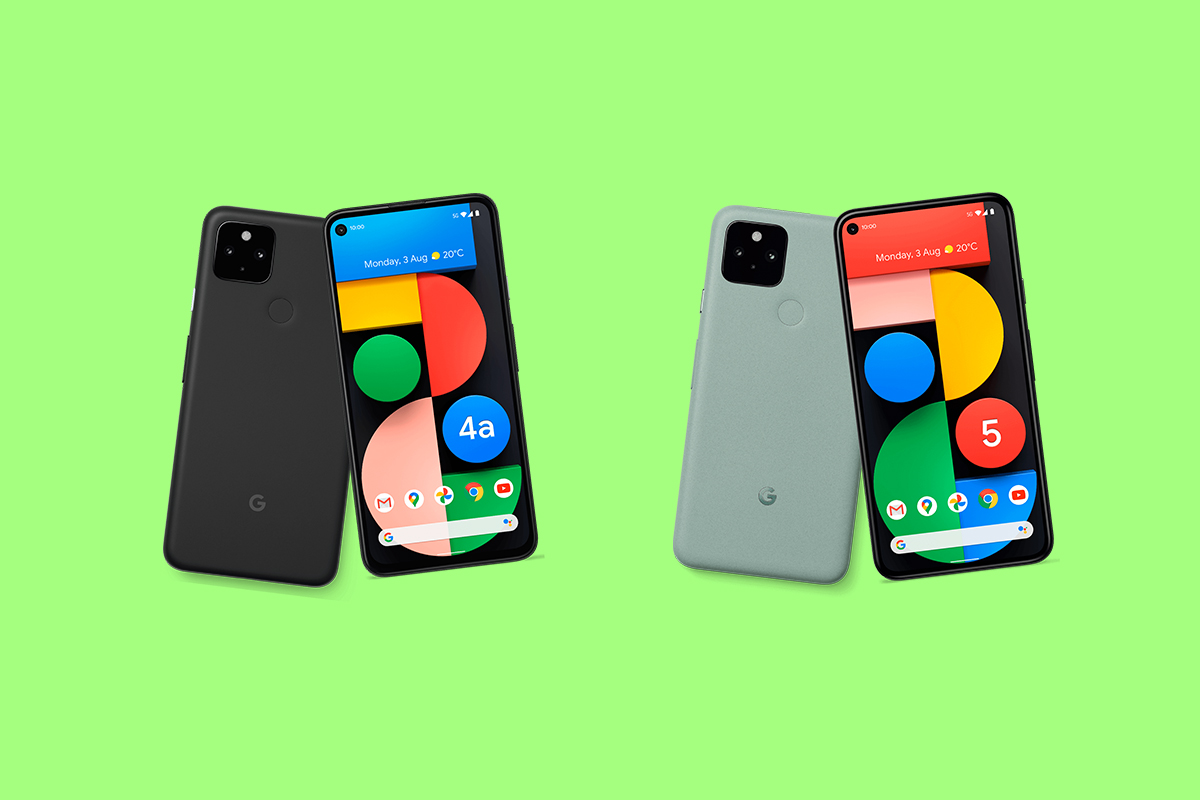 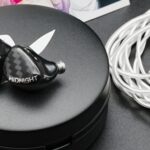 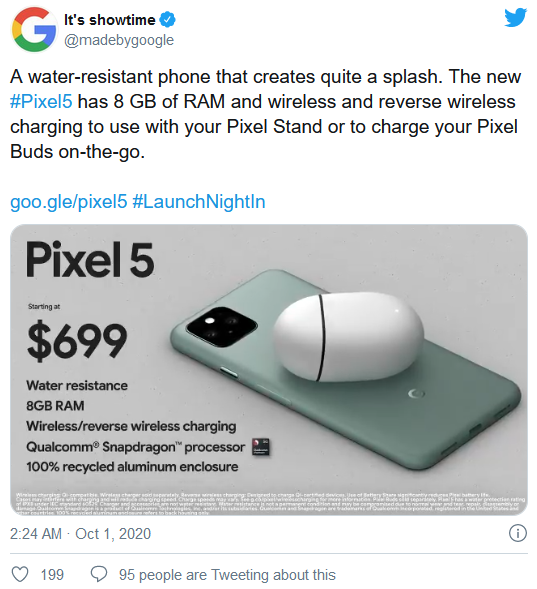 It should be noted that, due to the removal of the heavy top frame required by the Motion Sense camera and its radar array, the Pixel 5 looks much better on the front this time than the previous generation, and the back is made of plastic.

However, this generation of Google Pixel finally supports 5G networks. It is Google’s first 5G mobile phone (integrated Qualcomm X52 modem), and the mobile phone is pre-installed with Android 11. 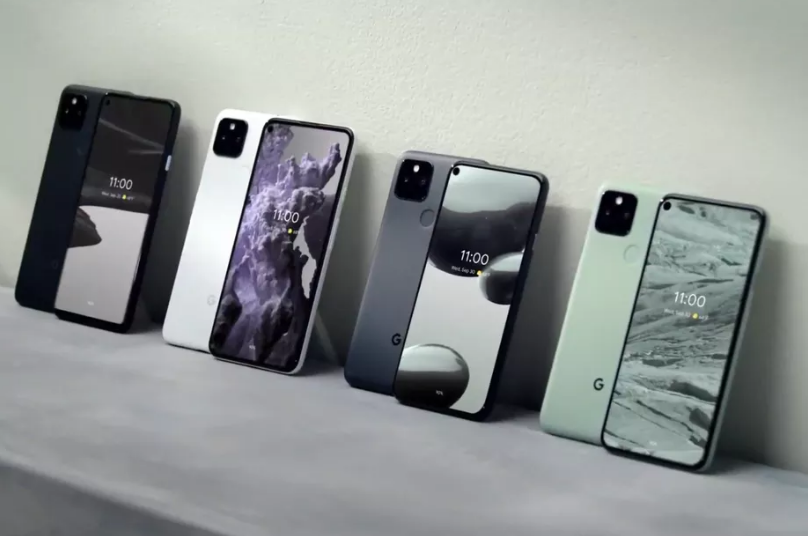 In other respects, Pixel 5 also provides 8GB of memory, 128GB of internal storage, 4080mAh battery, IP68 water resistance, and 18W USB-C fast charging. As expected, the latest Pixel is a bit different from previous years. Google did not pursue the absolute best specifications but provided a set of slightly moderate specifications and lower prices: the starting price of Pixel 5 is $699, which is $100 lower than the starting price of Pixel 4 of $799.

In fact, from the perspective of configuration and specifications, Google’s Pixel 5 launched this year has no intention of competing with Samsung’s Galaxy Note 20 series and iPhone 12 series in the high-end market. This may also highlight one of their changes. 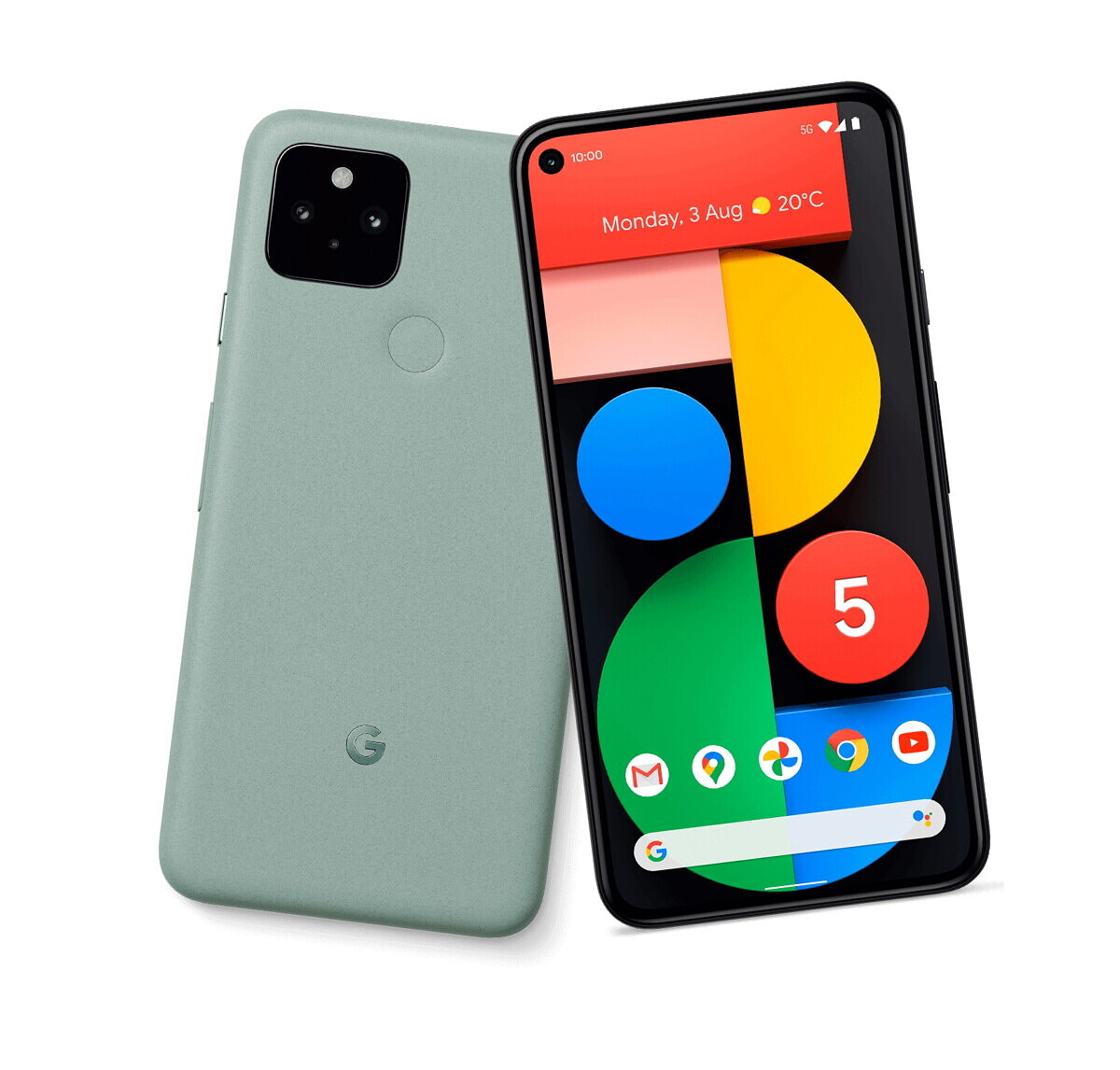 While other OEMs chase megapixels and bigger sensors, Google is sticking with what it knows best: the 12MP Sony IMX363 as the primary sensor, which the company has been using since the Pixel 3. The previous Pixels have been widely considered as one of the best smartphones for photography, and Google is not trying to fix what isn’t broken. The competition has continued to push forward through the years though, so it remains to be seen what software magic Google brings this year to maintain its pole position. For the second wide-angle camera, we get a 16MP Sony IMX481. It does feel weird seeing a “flagship” smartphone with just two rear cameras, but it’s better getting a well-rounded package instead of useless sensors. The front camera is an 8MP Sony IMX355, retaining the humility in the package.

Also released today is the Pixel 4A 5G for 499$, which is 150$ higher than the standard version of 4A. However, in addition to the upgraded cellular modem, the 5G model also has some hardware differences. 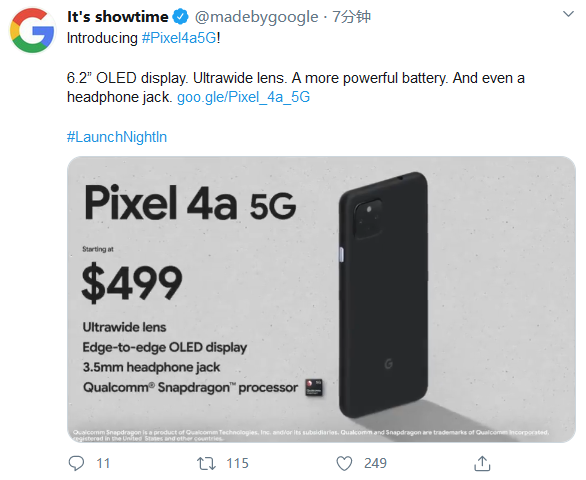 The Pixel 4A 5G has a larger OLED screen of 6.2 inches with a resolution of 2340×1080, which exceeds the 5.8-inch display of the standard 4A. In addition, the machine is also equipped with a slightly faster processor Qualcomm Snapdragon 765G, which is slightly higher than the standard 4A Snapdragon 730G. In addition, it also has a 3.5mm headphone jack, this model will be my next phone 🙂

Like the Pixel 4A, this version does not have the wireless charging and waterproofing features of the newly announced Pixel 5, and its memory and storage space remains unchanged at 6GB and 128GB respectively. But it has a larger 3885mAh battery (the Pixel 4A has a 3140mAh battery, and the Pixel 5 has a 4080mAh battery) and a 16-megapixel ultra-wide-angle rear lens. 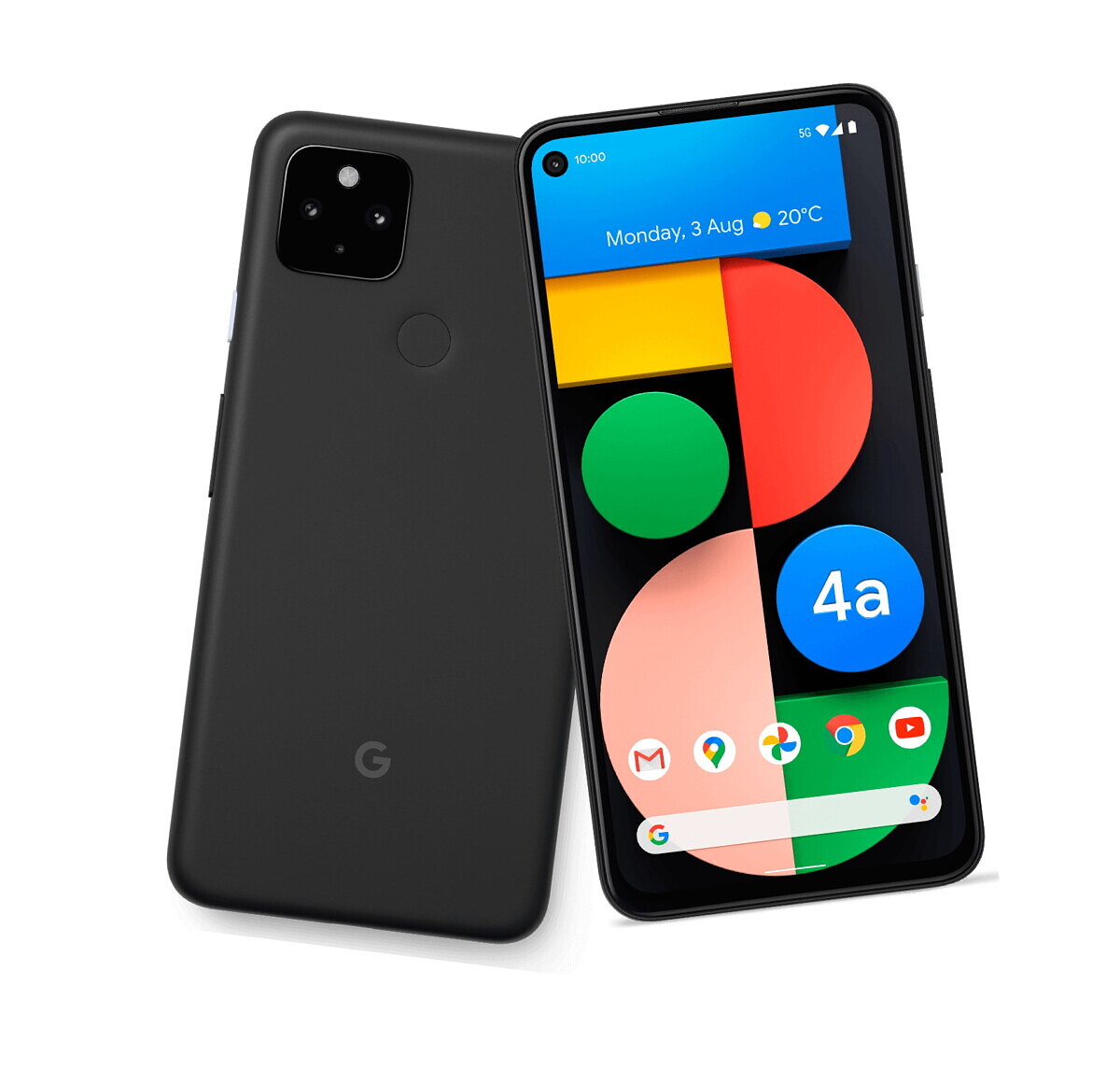